As one of the fastest growing segments in the bicycle industry, many people are curious to know, what exactly is E-Bike history? It is not an electric scooter or even a motorcycle, but it is actually a regular bike that has some electrical modifications. An electric bike adds a motor, a battery, and a controller that enhances the biking experience.

Some worry that adding the electrical component to the bike takes away from the human body power that is exerted during a biking session. However, numerous studies show that e-bikers are still getting an exercise. Additionally, many claim that electric bikes actually enhance human power when biking. E-bikes do not completely replace the human power needed to move the bike forward, but they help make hills and other obstacles easier. Additionally, they help the rider go further without getting as tired.

History of the Electric Bicycle 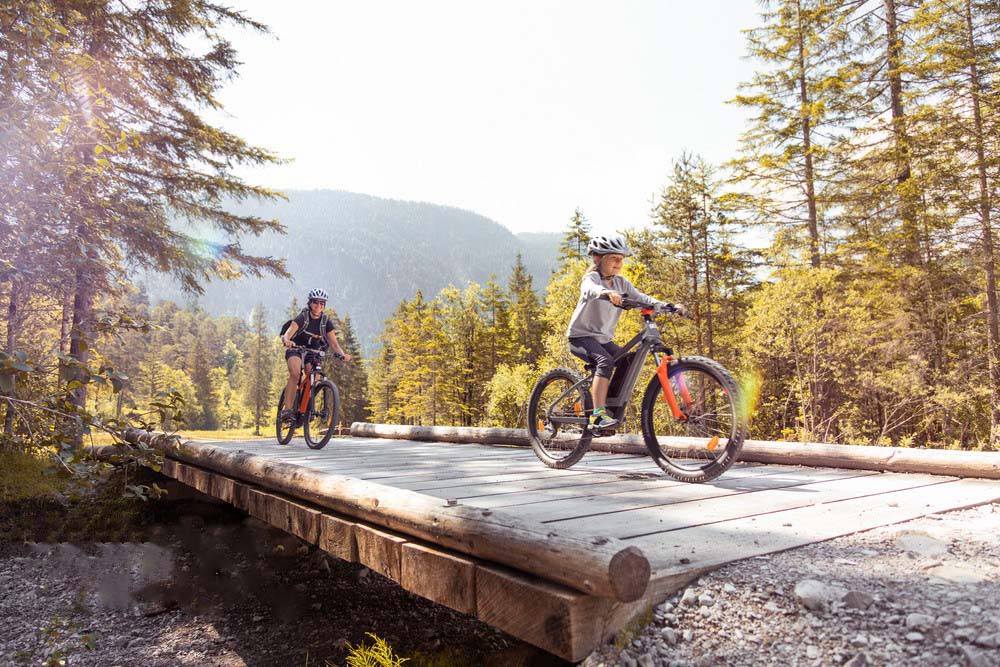 University of Arizona associate professor David Ortiz is an avid cyclist, biking 28 miles roundtrip to work during the school year and logging as many as 200 miles a week during the summer months. He competes year-round in cycling events, and in 2017, completed a 73-day solo ride from Oregon to Virginia along the TransAmerica Bike Trail.

That same year, he also launched a UA class that combines his passions for history and cycling – “Perpetual Revolutions: A History of the Bicycle.”

The course, which is open to undergraduate and graduate students in any majors, traces the history of the bike and its many important societal impacts from its inception in 1817 to today. Ortiz, who teaches in the UA Department of History, will offer the class for a second time in the fall.

With World Bicycle Day just around the corner on June 3, Ortiz took time to talk about his unique course and how the bicycle has changed lives.

How did the bicycle’s invention change life in America and globally?

The bicycle has had a tremendous role in the advancement of modernity and the development of modern technology wherever it was introduced. This is both positive and negative. On the positive side, for example, the Wright Brothers – known for the airplane – the Dunlops – known for tires – and many other pioneers in the invention of other forms of transportation began as bicycle manufacturers or worked in bicycle shops.

The tools necessary to make a bicycle frame spurred technological development in the steel industry, rubber industry, plastics and so forth as inventors sought to make more efficient tools so they could supply the manufacturers in the bicycle industry that were experiencing a boom in the 19th century.

In the United States, England and continental Europe, bicycle clubs and advocacy groups pressed for road improvement, which resulted in the closing of the social gap between rural and urban spaces.

Improved roads allowed cyclists from the city to see the countryside in ways they had not been able to before, due to cost as well as absence of access, and vice versa; country folk could visit the larger towns or cities cheaply.

Roads changed social relations because young women and young men were not limited to potential marriage partners in their own towns.  They could travel elsewhere to meet new potential partners. This changed the whole dynamic of gender relations.

On the negative side, road improvement helped accelerate the development of the automobile that eventually supplanted the bicycle as the dominant form of transportation, especially after Ford pioneered the manufacturing of cheap, dependable autos. Also among the negative impacts was labor exploitation.

Coal workers in India once carried coal from the mines to where it was processed by hand. Coal was loaded in sacks, then the sacks were tied to long poles that the laborers would balance on their backs and walk to the processing location.

When the bicycle came, it became the form of transporting the mined coal to the processing plant. However, coal owners and supervisors expected the laborer to transport much more coal because they could now load it and themselves on bicycles and go to and from the mine more rapidly.

Why does the bicycle warrant an entire course?

The bicycle is a fascinating piece of technology that impinges on a number of important areas of contemporary life that make it a more-than-worthy topic of study. It impinges upon environmental history, labor history, gender history and legal history. For example, the modern bicycle’s design – the triple diamond frame, or “safety” – was changed to make it easier for people, specifically women, to ride.

When the “safety” bicycle was introduced in the 1890s, it immediately altered women’s social position wherever it was introduced, as it allowed them for the first time to travel unchaperoned, on their own, to wherever they wished. Susan B. Anthony is quoted as saying that the bicycle did more for women’s rights and emancipation than any other single invention or law to that point in history.

In other words, women experienced freedom for the first time, and this contributed greatly to a feeling of equality that helped women pursue more social and civil rights.

The bicycle also provided a form of exercise for women that demonstrated they could be athletic, as during most of the 19th century women were discouraged from or outright barred from most athletics and athletic competition.

After the new bicycle design proved popular with women, it also forced a change in women’s fashions. No longer were the large hoop skirts and long, overflowing frilly dresses standard apparel for women. Clothing had to be designed more practically for women to be able to move more freely so they could ride a bike.

How has the popularity of cycling evolved over time and where does it stand today? 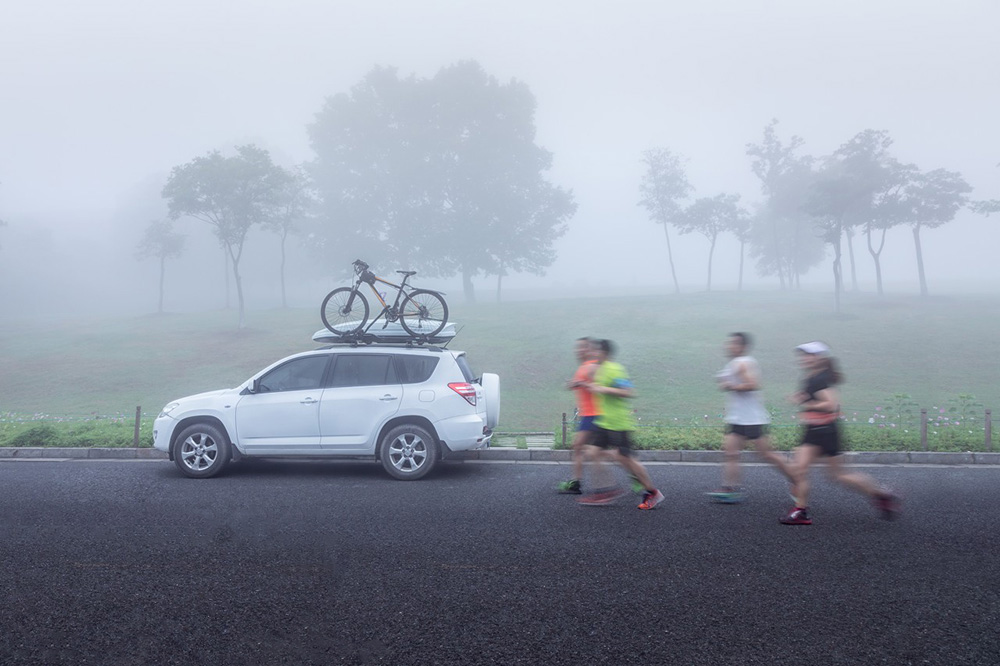 The bike has risen and fallen in popularity over its lifetime in accordance with social tastes, economic changes and political whims. It was limited in popularity by its own design during the 1860s to 1880s, before the invention of the “safety.” Upon introduction of the “safety,” the bicycle enjoyed a fantastic boom from the early to late 1890s.

Depression and the invention of the automobile curbed that popularity from the late 1890s through the First World War. After the war, bicycle manufacturing leveled off and then had boom or bust periods that corresponded with social fads, economic fluctuations and political contingencies, among other types of general social influences.

It often brings people back to their childhood and happier, more carefree days.

It’s viewed as a political statement – the antidote to cars, pollution and climate change through auto exhaust – and judging by the designs and colors, it’s also a fashion statement.

Historians are typically not very proficient at predicting the future, so I’ll hazard a cautious guess as to where the bicycle is heading. I think it is moving toward a future of more accommodation to different types of riders and riding. The advent of electric and battery-assisted bicycles retains the function of the bike as an environmentally sound transportation choice while expanding its potential customer base.

My dad, an 86-year-old cancer survivor, is thinking about buying a bike again because of accommodations in seating and the advent of electric and battery assist bicycles. Additionally, I’m guessing that cycling activist groups, “biketivists,” are going to become more and more vocal as transportation changes and moves away from the internal combustion engine and the automobile as the mainstay.

They’re going to demand that bicycles get a lot more consideration and a lot more space in the transportation networks and infrastructures of the future.

With talk of global warming and climate change on the rise, it’s no secret people are looking for ways to reduce their carbon footprint. To do so, people need to use less of our non-renewable resources such as gas. One option is to switch from driving cars to riding an e-bike.

Because e-bikes run on batteries, they are considered zero-emission vehicles. They do not have carbon or other harmful emissions. In fact, an e-bike reduces a person’s emissions from transportation by 0.21 metric tons each year.

Air pollution is a serious problem that we have worldwide, resulting in several different health issues. The World Health Organization (WHO) has linked air pollution to higher rates of cancer, heart disease, strike, asthma, and other respiratory diseases.

Not only that, but the American Lung Association estimates that about 40 percent of the population is at risk for these diseases and premature death because of air pollution. Because air pollution is created by the burning of fossil fuels, e-bikes are a great option for reducing and preventing air pollution.

Bike batteries might be great for reducing waste, but that does not mean they are 100% environmentally friendly. Like all batteries, e-bike batteries don’t last forever, and need to be replaced eventually. These batteries need to be disposed of properly or they could end up in landfills.

Alternatively, they can be recycled, reducing their waste even more. In addition to disposing of the battery, charging it can be potentially bad for the environment. There are ways to reduce the carbon-footprint created from charging, but even with consuming electricity, an e-bike consumes the electricity equivalent of only about 1,000 miles per gallon of gasoline.