We know all this Electric Bicycle Terminology can be a bit confusing at times, but once you know how it works, it’s pretty simple. Here we try to explain what all this means. 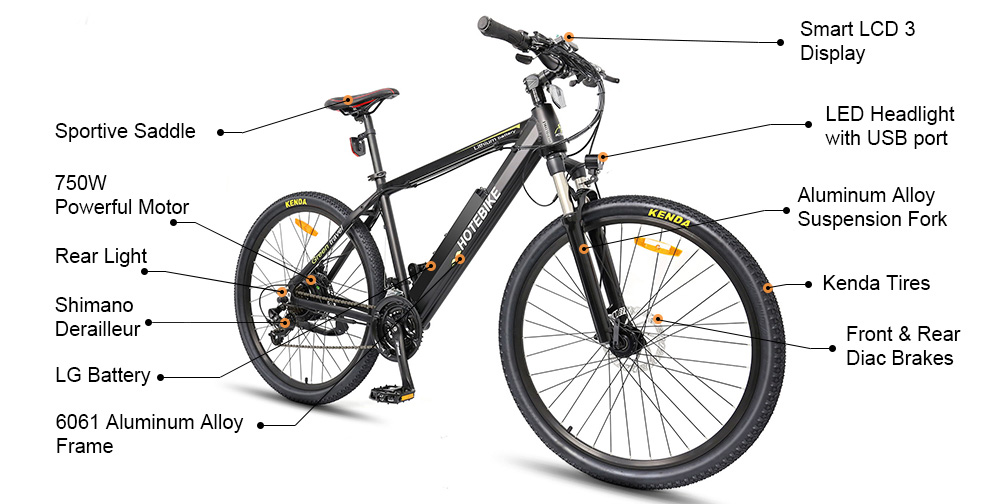 Capacity – Amp hours (Ah):
Battery capacity is measured in Ah, or Amp-hours. As the name suggests this means how many amps the battery can deliver in an hour. For example, a 12V lithium battery with a capacity of 100Ah can deliver 100A to a 12-volt device for one hour. The same 100Ah battery could supply power for 4 hours (100/25=4) to a 25 ampere device.

Current – Ampere (A):
When we talk about amperes (or amps), we are talking about how much electricity “flows” per second. If the number of amps goes up, then current flowing through the device per second also goes up. An electrical device usually works on a fixed voltage, but the amount of amps it draws can vary depending on, for example, the position of your trolling engine (a trolling engine at full throttle draws more amps than in half throttle for instance).

Volt or Voltage (V):
The number of volts is the amount of energy given to an electronic circuit. By a circuit we mean, for example, an electronic device. With a 12V device, 12 volts are always “given” from the battery. A battery always has a fixed voltage (e.g. 12, 24, or 36 volts) and a device always works at a certain voltage. For example, a device that works on 12 volts obviously needs a battery that also supplies 12V.

I have a 600W trolling motor and a battery with a capacity of 1200Wh. My runtime at full throttle is 2 hours with this battery (1200 / 600 = 2). I do not even need to know how the trolling engine or battery voltage to calculate this (as long as they work at the same voltage obviously).

Power – Watts (W):
Power is the voltage multiplied by the number of amps, or W = V x A. This is the amount of energy consumed by a device and therefore an indication of how powerful it is. This goes up when the number of amps also goes up. Suppose I have a 24V Minn Kota Terrova 80 LBS bow motor that draws 30 amps. So the power consumption is 24 x 30 = 720W.

CONNECTING BATTERIES: IN SERIES AND PARALLEL
Batteries can be connected together to achieve a higher voltage or higher capacity. This is done by connecting the battery terminals of the batteries with cables. Connecting in series: higher voltage, equal number of Ah

Accu’s die parallel geschakeld
In the picture above, the minus terminals of both batteries are connected and the plus terminals are connected. So the battery is connected in parallel. There is still 12 Volt but the number of Amps has increased from 50 to 100. We have now created a 12V100Ah battery. If we measure the capacity in Watt-hours, the total capacity is now 12 x 100 = 1200 Wh.

So the number of watt-hours always remains the same, whether you connect them in series or parallel.

OTHER TERMINOLOGY RELATING TO BATTERIES
The technical specification for batteries often includes many other terms. Below we will try explain what the most important ones mean.

Voltage: this is the voltage that the battery delivers on average. As explained above, the battery starts with a higher voltage than when it is partially discharged. With this we mean the average of this progression or the nominal voltage.

Chemistry: this indicates what kind of lithium battery technology is used.

With Rebelcell batteries it doesn’t matter if you discharge them in 20 hours, 5 hours or 1 hour, they always deliver the same capacity. That is why we always refer to our capacity as Capacity (C1-C20). Read more about this in our article about effective battery capacity.

EqPb: this stands for ‘equivalent lead battery’. By this we mean that this battery can be compared to a lead battery with the indicated capacity when used in combination with an electric motor. Often a lithium battery with a much lower Ah can in practice deliver the same amount as a lead-acid battery with a much higher Ah. In practice, for example, the Rebelcell 12V50 can be compared to a 105Ah semi-traction battery in terms of operating time for an electric motor. This also has everything to do with the usable battery capacity.

Nominal energy: this is the battery capacity measured in watt-hours (see above for explanation).

Peak discharge (10 milli-sec): this is the maximum number of amps the battery can deliver for 10 milli-seconds. This is always higher than the maximum continuous discharge. Some equipment has a short peak discharge when starting up (so called ‘inrush’ currents). This is for example the case when you go from zero to full throttle in one go with an electric outboard engine. At that moment, the motor requires more amps than the rated maximum for a short time.

Energy density: with this we measure the number of Watt-hours per kilo of battery. Energy density is much higher for lithium batteries than for lead-acid batteries. A high energy density means that you can store more energy in the same space. And this results in a lighter and smaller battery.

Charge temperature: this gives the minimum and maximum temperature at which a battery can be charged.

Discharge temperature: this indicates the minimum and maximum temperature at which a battery can be discharged.

Storage temperature: This indicates the minimum and maximum temperature at which a battery can be stored safely.

Integrated cell balancing: part of the Battery Management System. The cell balancing feature ensures that the voltage of individual lithium battery cells is equalised, so the cells all have the same charge status / voltage. This is necessary for optimal use and performance of the battery.

Temperature protection: part of the Battery Management System. The battery is switched off when the temperature becomes too high or too low. This is a protection to prevent damage.

Maximum discharge current protection: part of the Battery Management System. The battery is switched off when the power draw of your equipment is higher than is allowed. This is a protection to prevent damage.

Overvoltage protection: part of the Battery Management System. The battery is switched off when the voltage becomes too high and the battery is overcharged. This is a protection to prevent damage.