Electric scooters has been modified for many times

On May 17, 2019, after a heated debate on road safety and the impact on traffic, the Upper House of The German Parliament passed the regulation on small electric vehicles proposed by the Federal Transport ministry, which will take effect on June 15, 2019.

After the regulations triggered an outcry from politicians, police unions and insurance groups, Andreas, the transport minister, Schyle was forced to put forward amendments to determine thas Small electric vehicles are vehicles with electric propulsion, a maximum speed of not less than 6km/h, not more than 20km/h, with the following characteristics: 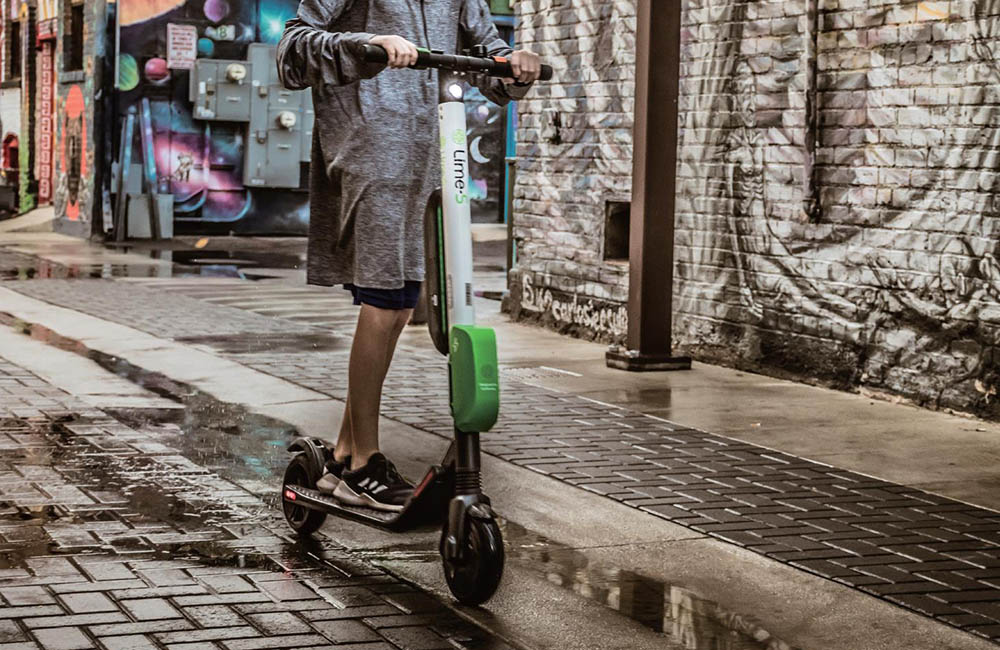 Germany’s upper house has approved the use of electric scooters on roads. but a proposal to allow them on pavements has sparked fierce opposition from private car owners and cycling associations. Since 2017, there have been more than 1,500 accidents involving e-scooters in the us, and a large number of e-scooter injuries and deaths worldwide.

They said, citing research by ConsumerReport, a us watchdog. From the management point of view, many people will abandon e-scooters on the roadside or at the entrance of buildings when they arrive at their destination, since they have no parking piles. Vandalism and theft, a large number of scooters are thrown into the lake, causing environmental pollution.

The German Cycling association’s protest may come as a surprise — one low-carbon form of travel against another, with its chief concern being the strain a sudden influx of electric scooters would put on an already fragile infrastructure. Cycling associations have long demanded more and wider bike lanes in Germany, which already suffers from a severe shortage of bike lanes.

Hicfried Brockman, head of the Underwriters’ Accident Research Institute, is an opponent of the law because it would lead to more accidents and make it harder for courts to reject claims from other similar vehicles.

The federal Department of Transportation has been forced to modify its recommendation of “Allowing the use of electric scooters on sidewalks”, making the following provisions:

Scooters or balance vehicles on the road must meet the requirements

At the same time, according to the requirements of the German Ministry of Transport, if the manufacturer is not in Germany, a German company or a company in an EEA member country shall hold the certificate as the legal agent.

DEKRA is the world’s professional vehicle inspection and testing certification body, and also the German Federal Bureau of Motor Traffic Accreditation laboratory, can provide one-stop ABE certification services including factory audit, product testing and so on.

The legalisation of e-scooters means that e-scooter sharing companies can start implementing plans rolled out across Germany to quickly fill the country’s streets with e-scooters. One of those companies, berlin-based startup TierMobility, is running a campaign in 20 cities to get 10,000 e-scooters ready for use in about 10 German cities by 2019, starting in mid-june.

“E-scooters are an alternative to private cars and complement public transport. In Germany, 4 million drivers travel less than 3km a day, which is the right length for electric scooters, and we expect them to take their place.” BodovonBraunmahl, head of TierMobility, said: “we are not in competition with bicycles. We want to join forces with them to fight for access to the roads and maybe one day we can become an alternative to cars.”

Meanwhile, Stockholm-based VOI has so far deployed e-scooters in 18 Cities across Europe, and reportedly expanded its e-scooter program to 30 cities in Germany in the summer of 2019 alone. Even German car giant Volkswagen is eyeing the e-scooter market and will include it in its car-sharing program by the end of 2019.

Around 10,000 shared electric scooters have appeared on the roads of Berlin, Hamburg, Munich and Cologne since the introduction of the small electric scooter law. They are especially popular with tourists near popular tourist attractions. Like shared bikes, they are easy to rent and are priced by the number of minutes they are used.

The western German city of Cologne, for example, has seen an influx of electric scooters, estimated at 40,000 by the end of 2019, since the introduction of regulations on small electric vehicles.

Electric scooters are cheap, easy to operate and can easily get around the city. When there are few vehicles on the road, riders can really experience the motor speed of 20km/h. However, as with all other forms of transportation, riding an electric scooter must ensure that you don’t hit anyone.

This was significantly more difficult than expected as pedestrians, cyclists and other e-scooter riders gathered along the Rhine Promenade. Angelia Rehorst says she and her husband are big fans of electric scooters, pushing them around the cobblestones. “You have to pay attention, especially to people walking in front of you, because they can’t hear you,” she said nervously.

Riding an e-scooter is not as smooth as riding a bike, and braking requires more reaction time. The streets of much of Cologne’s old town are covered with cobblestones, making the scooters wobble and causing riders to feel strong vibrations. “My car just broke down,” said a middle-aged man as he opened one of seven electric scooters randomly parked around the square. “It hit the raised cobblestone and crashed.”

Stefan Drescher, head of road accident prevention for the Berlin police, said e-scooters were a serious problem, with Berlin police recording five accidents involving scooters in the first two weeks they were allowed, in which two riders were seriously injured. Eight others were cited for driving under the influence.

On average, law enforcement officers issue a fine every four minutes, and on July 16th they caught more than 60 offending scooters in four hours. From June 15 to the end of August, there were 38 accidents in the Berlin area that resulted in seven serious injuries, 34 of which, or 89%, involved electric scooters.

A similar situation took place in Munich, where 98 people were found to be riding e-scooters under the influence of alcohol in one month, resulting in six accidents and serious injuries to three users. One of them crashed into a police car and was caught trying to flee.

With the increasing number of electric scooters on the streets, it has become a new way of transportation. It seems to be energy-saving and efficient, but the negative effect is very troubling. Yulia, spokeswoman for the German Transport Safety Board.

“We don’t think electric scooters are going very well in Germany,” Furman told Bild newspaper. German Transport Minister Andreas. In a letter to the Association of German Cities, Schauer urged local governments and police to punish violators in accordance with existing regulations, stressing that anyone caught riding an e-scooter while drunk, or riding on pavements and pedestrian areas, must be fined. “Conflicts are inevitable and there should be a sustained effort to define new rules for e-scooters,” said Social Democratic politician Ankrelinger.

Berlin police have translated information leaflets on the small electric vehicle law into English and will distribute them around the city, stepping up efforts to alert people, especially tourists who are not aware of The German rules.