How do Electric Bicycles Work?First understand what an electric bicycle is.The electric power bicycle in Europe and the United States is known as Pedelec, belongs to a kind of e-bike.

This is a kind of personal transportation tool that not only has the lightness and convenience of a bicycle, but also can effectively make up for the burden of a bicycle when it is going uphill, against the wind and carrying things.

It is based on a traditional bicycle, with a torque sensor-based power system, electric motors and batteries. The biggest difference with electric motorcycle is that it does not adjust the power size by turning the handlebar.

But by the moment sensor to sense the strength of the pedal, judging according to the size of manpower, and then understand the intention of the rider, to provide the corresponding power support.

It can’t run on electricity alone like an e-bike, but requires a hybrid of “human power plus electricity,” so riding it is no different from riding a bike. The proper power provided by electricity perfectly solves the problem of riding a bicycle.

At the same time, because of the composition of manpower, it can exceed the range of the general electric bicycle under the condition of carrying a small battery. Generally, it is about 50-100 kilometers, and the endurance is durable.

At the forefront of the electric moped field is the “torque sensor,” which is at the heart of the bicycle electric power system to understand the intentions of the rider.

High-end electric power bikes all use the most high-tech “bilateral torque sensor”, which has long been monopolized by several multinational companies such as Germany’s BOSCH and Japan’s YAMAHA. The price of vehicles equipped with such sensors is generally more than 2,000 euros, which is expensive.

In low-end electric moped products, “unilateral moment sensor” is widely used (it can only sense the power of a single foot, but cannot truly understand the power demand of cyclists). This is also the technology used by most domestic electric mopeds at present, and the riding experience is far from that of high-end models.

In the field of low-end electric moped, there is another product using “rear axle hook claw sensor”, which has no technical threshold and low cost and is widely adopted. Therefore, the effect is not good in actual use, so it is basically only used in low-end vehicles. 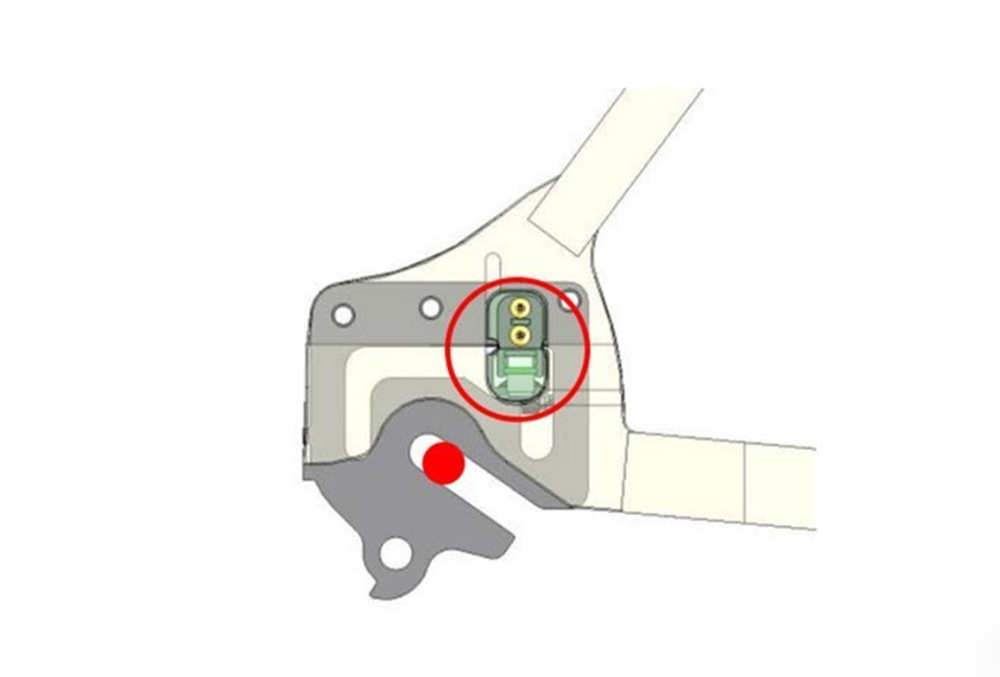 The advantages of “rear axle hook claw sensor” are simple principle, uncomplicated structure, low production price, if the electric moped has been used on the straight road is also good, but the real road conditions of this sensor will be exposed. As shown in the red circle above, the “rear hook claw sensor” is actually a “pressure sensor” built into an aluminum alloy kit. 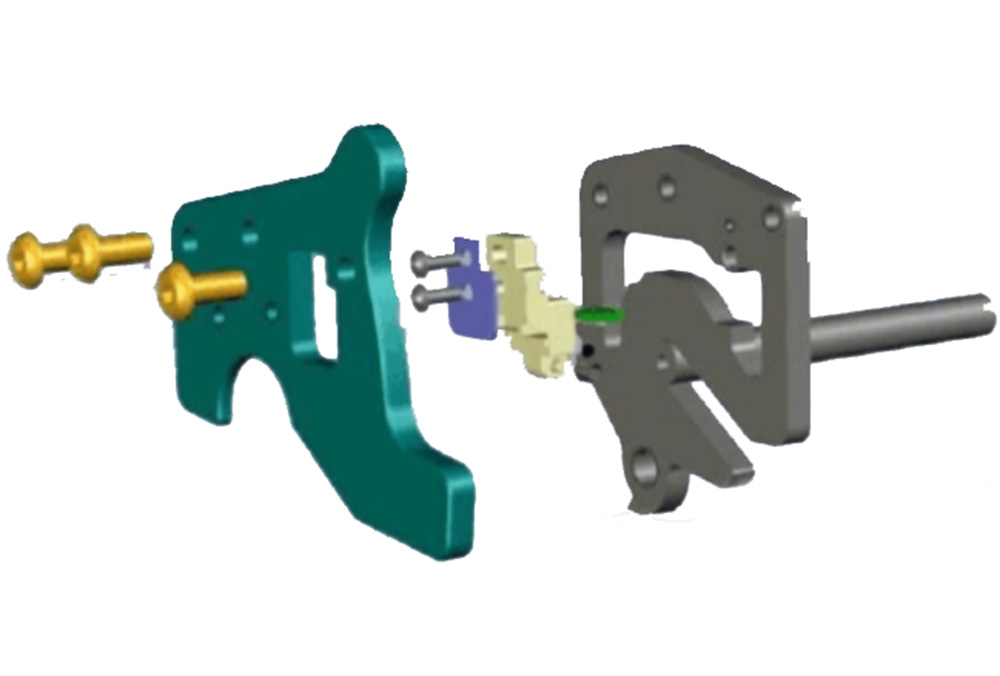 Disadvantage one: “rear axle hook claw sensor” to measure the treading moment, it is necessary to pass the foot, crank, tooth plate, chain, flywheel, rear flower drum, frame of a series of transmission links, the parts of each link are elastic body, the force will produce loss in the process of transmission.

Moreover, due to the “elastic lag” effect of metal, the measuring force of the “rear hook claw sensor” not only has a large error, but also has a delay, so it cannot understand the power demand of cyclists in real time.

The power supply is not accurate and always a beat late when riding, so the experience will be poor. It’s like driving a car when you have already stepped on the gas pedal, but the power will always wait for a while to give you.

Disadvantages two: “rear hook claw sensor” installed at the joint of the upper fork and the lower fork, if you want to accurately measure the force, it requires that the processing of the installation position needs to be very precise, otherwise it will cause deformation of the sensor during installation, and then cause inaccurate sensor measurement data.

Therefore, the use of this sensor has a higher process requirements for the production of the frame, and increases the production cost of the electric moped.

Disadvantage three: the combination of the rear upper fork and the rear lower fork of the bicycle is the part of the body with great force, all kinds of road bumps and impacts will be transmitted through this part, and the “rear hook claw sensor” is installed on the power transfer point. Most of these sensors are made of aluminum alloy with poor hardness and strength, so they are easy to be damaged when used in real road conditions.

Hence, although the “rear hook claw sensor” has the advantages of simple principle and low cost, it has poor riding experience due to inaccurate measurement of torque and delay. It has high requirements on vehicle production technology and transfers the cost saved by sensors to frame processing.

Aluminum alloy material is easy to deformation, short service life, the user’s late maintenance cost is high, so the current slightly high-end electric moped has abandoned this sensor. Early on, giants tried to produce a cheaper version of electric power using the rear hook claw sensor and then at the forefront of the torque sensor.

With the development of technology, especially in Japan, Europe and the United States for the bicycle as a form of personal transportation, “torque sensor” was eventually applied to the bicycle. As mentioned above, the biggest difference between the “torque sensor” and the “rear claw sensor” is the understanding of force, while the “bilateral torque sensor” can measure the force of both feet, which is mainly discussed in the following more high-tech sensor.

Relative to the backward “rear hook claw sensor”, the advantage of the bilateral torque sensor is very obvious, it is mainly installed between the crank and the tooth plate, that is, the outer side of the five, some are directly installed on the central shaft.

How do explain electric bicycles work without torque sensors. 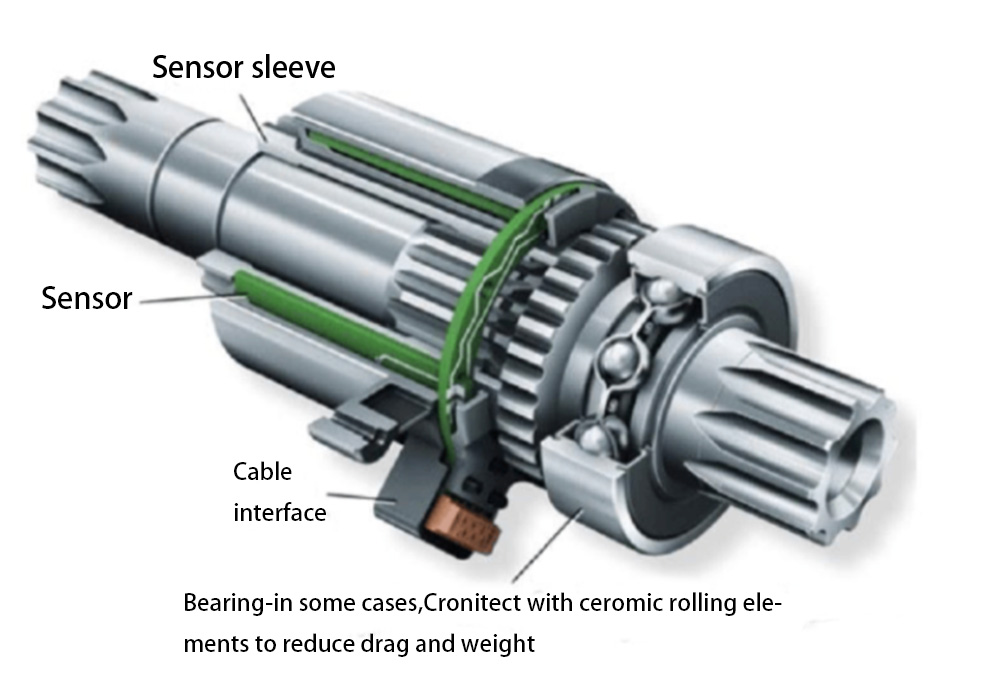 Advantage one: because it is installed on the outer side of the five-way or directly installed on the central shaft, the torque sensor has few intermediate links to measure the treading force. And the pedal, crank and central shaft are mostly steel and metal components with great rigidity. The elastic hysteresis effect is small, and the torque signal produced can change very quickly with the change of the size of the trampling force.

The most direct result is that the dynamic response of the electric moped using the bilateral torque sensor is very fast, most of the response time is millisecond level, near zero delay, and the power is always on the step.

Advantage two: if the outside of the torque sensor is installed in five ways, you can use the standard modular design, basic all bicycle can realize seamless installation, also need not special frame for its research and development, more do not need every frame on the above-mentioned “rear hook” sensor “do the processing of high precision, from two aspects of research and development and production to reduce the cost. 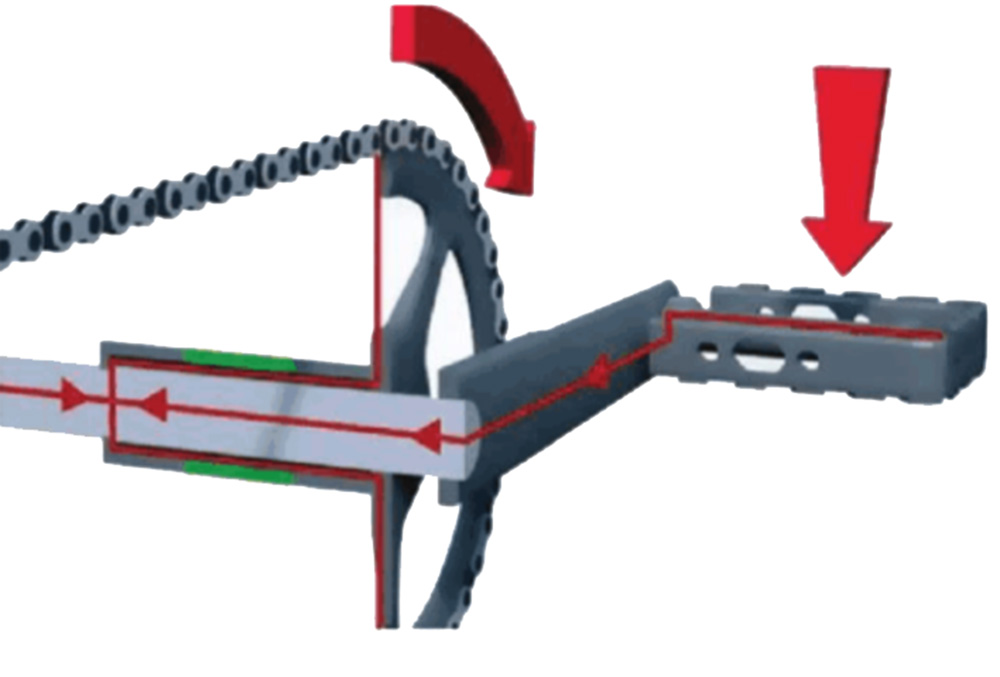 In addition, it is generally made of bicycle axis process, high quality steel and metal materials are excellent in hardness, strength and toughness, and have good wear resistance, so the life of torque sensor is relatively long.

From a riding experience perspective, because can more accurately measure the user gives the power of the foot size, and is not affected by road, torque sensor can really understand the user’s riding intention, so as to transfer the battery motor output proper power to provide assistance to the rider, let the rider feel more comfortable riding experience;

From the perspective of development and production, the torque sensor has strong universality, and there is no need to develop a special frame, nor to handle the mounting position with high precision. Although individual sensor is expensive, but apportioned to the vehicle production, the cost is relatively reduced;

From the perspective of daily use, the torque sensor has a long life, is not easy to fail, and daily maintenance is not required, which greatly reduces the threshold of use and purchase obstacles for cyclists;

The last point is the use of safety, torque sensor performance is stable, and the rear hook claw sensor in the use of the process is easy to deformation, resulting in precision decline and failure, in the process of riding will appear flying and no power, causing dangerous riding.

Electric moped is a brand new category, and the public needs to do their homework before they are ready to buy it. Reading this article, you should know something about the key part of the “torque sensor”, which can be used as a reference to understand the electric bike.

If you are looking for an electric bike, we are here to help you. Visit our website to learn more about electric bikes and electric scooter or please leave information to us.