The popularity of E-Bikes is changing the future. Given the harsh realities we all face with climate change, electric bikes present a potentially game-changing solution. For commuters, they provide an opportunity to travel “greener” without the hassle. In addition, e-bikes are faster than bicycles and take less effort to ride. Plus, they are more efficient and versatile than mopeds.

Recently, cities all over the world have put e-bikes to the test in bike-share programs. At the same time, individuals have chosen to personally adopt electric bikes for private use. This global experiment has revealed new insights into the natural evolution of transportation. We are beginning to understand what the increasing popularity of e-bikes could mean for our major cities.

Here are a handful of ways these two-wheeled wonders are changing our world.

Kickstarting the future of urban mobility

As the world is moving forward, people are keener than ever to support an eco-friendly world. With the potential banning of plastic straws being a hot topic in the press, there’s never been a better time to support a movement that will contribute to emission reductions.

These trends are likely to be held, with many cities developing to cater for cyclists more and more.

Reduction in the Use of Cars and Transit

A study in the Netherlands has shown that electric bikes get people out of cars more effectively than non-electric bikes. However, bicycles remain an imperfect alternative to automobiles for longer-distance commutes.

Those who must travel more than several blocks to get to work often reject cycling because they don’t want to show up for their jobs sweaty and worn out. Depending on geographic location, they could have steep hills or challenging terrain between themselves and their place of business. They have to carry a computer bag to the office and pick up a few groceries on the way home. Combine all these factors, and cycling to work sounds like a separate job in and of itself.

Electric bikes, on the other hand, allow commuters to travel farther with less effort. These bikes often feature more storage, and the speed of an e-bike is not contingent upon the rider’s fitness level. In other words, the electric bike provides an efficient, easy option for those who would love to go green, but don’t want to sacrifice the convenience of a car. As a result, many cities have already seen a reduction in the number of cars on the road and in the use of public transit.

While the conversation surrounding electric bicycles often comes down to pollution and urban congestion, they also provide economic benefits for low-income neighborhoods. Individuals who cannot afford a car face further economic limitations as they can only seek employment within a small radius. Now, the introduction of the electric bike brings with it new opportunities. Low-income cyclists can travel farther, discovering a wider range of employment options.

Beyond economic challenges, e-bikes make two-wheeled transportation accessible for older adults and those with physical limitations. Use of a road bike comes with certain fitness demands. An electric bike, however, is a real option for a wider range of people.

The Ongoing Question of Electric Bikes and Safety

The rise of electric bikes holds great promise for environmental health and the quality of life in our major cities. That said, the meteoric rise of this new technology has revealed some major kinks in the system, most of which center around the topic of safety.

Cities all over the globe are quickly learning that e-bikes call for more regulation than regular bicycles . . . and perhaps more education for the general public. China has famously struggled with safety issues as urban commuters got on board with the e-bicycle revolution seemingly overnight.

With no laws, no regulations, and no major changes in infrastructure, many Chinese cities ultimately banned e-bikes due to high incidents of related traffic accidents and fatalities. While the outcome has not been quite so dramatic in other urban areas, every city now grapples with the question of licensing, traffic laws, and other safety matters. How do we regulate a vehicle that’s definitely not a motorcycle but is still technically a motor vehicle?

As it currently stands, it seems most cities will choose to find their way rather than dismiss electric bikes altogether. In an age when the environmentally conscious are working overtime to effectively market greener lifestyles, the mere design of the e-bike represents a practical, workable solution. It presents the potential for real progress . . . fast progress. 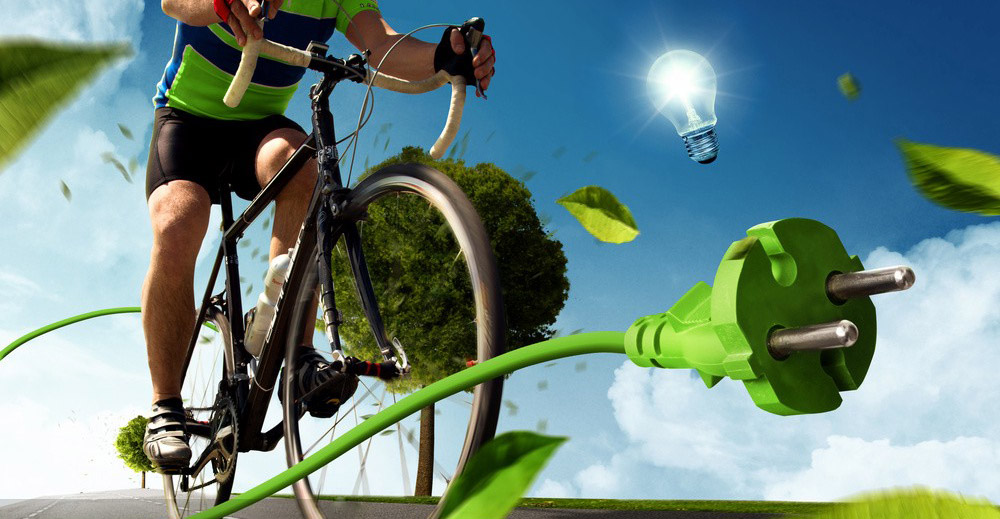 In the current global emissions crisis, how much do e-bikes really stand to help us?

Well, quite a bit. Transportation is the top emitter in the U.S. In many of China’s major cities, roughly one-third of smog comes from vehicle emissions. And e-bikes? They’re battery-operated and require far, far less energy to manufacture, transport, and use.

There is no denying that America’s love of automobiles has shaped the design of our entire nation. Urban design serves the transportation habits of citizens, and as more and more people take to electric bikes, we’re bound to see more cyclist-friendly infrastructure. More bike lanes, more bike corrals, and more bike paths.

Hopefully, we’ll also see more specific policies regarding this form of transportation. This brings us to our final point.

The electric assistance permits up to a 15 mph speed and allows you to take on steep inclines. The unique aspect of electric bikes is that their target audience knows no limits; whether you’re a young cyclist, you have mobility issues or you’re retired – you choose your preferred setting and tailor the ride to suit you.

Many people claim electric biking to be a form of ‘cheating’ exercise. That is one of the many myths about e-bikes. Electric bikes speed you up hill and get you to your destination without breaking a sweat. The assistance is optional, e-biking is just cycling without limits.

Cyclists can now take up longer commutes without the exhaustion at the end of their ride.

“ELECTRIC BIKES ARE THE FUTURE OF TRAVEL” SAYS THE BBC

An electric road bike: a standard looking bicycle with two very important features – a motor and a battery. At first glance, it doesn’t look much different, but these two crucial elements help people to cycle further for longer distances, because less effort is required – but you still gain the fitness benefits. The outstanding growth of the e-bike market has proved that this assumed ‘fad’ is skyrocketing to new heights.

The BBC has recently reported that e-bikes could be the future of travel. But why?

“I was panting my way up quite a steep climb on my bicycle when suddenly a rider shot past me on what looked like a shopping bike.

Not only did this feel like a huge insult to my climbing prowess, what made it worse was the guy must have been over 65.

Catching him up took a lot of effort and as I sat on his back wheel I realised he was not actually a retired Tour de France rider but he was on an electric bike.

He told me that he absolutely loved it.”

The first trip for a third of all new Citi Bike riders in 2021 has been on an e-bike, which typically costs more per minute than a “classic.” At bike-sharing docks, casual users, or those without annual subscriptions, choose electric Citi Bikes 70 percent of the time, according to internal data provided by Lyft. The electric bikes are also used up to three times more a day.

One study found that people cycle at least twice as much when they own an e-bike, which combats criticism that the ease of riding makes it a less effective activity, proponents say. Riders may not be sweating as much, but if they’re biking longer and more frequently, they could be getting more exercise.

Greater regular use could also be critical to reducing car trips. In Norway, which has a national bike network, car usage dropped among e-bike users as they learned how far they could go on one.

In the United States, getting more people to travel by e-bike does come with obstacles. E-bikes do not qualify for commuter tax benefits that cover public transit and parking, and they remain expensive (with prices ranging from less than $1,000 to nearly $10,000).

A provision in Congress would offer tax credits and commuter benefits for e-bikes, mirroring incentives in countries like France.

But experts say people won’t use electric bikes if riders aren’t comfortable and if there isn’t infrastructure that allows them to feel safe. Vancouver’s bike-friendly streets were “half the equation” when he started riding more, Mr. Paulsen said.

Fast, safe and stylish — to beat the car, one might have to think like a car. We know a lot of people don’t have confidence on a bicycle, and that’s one of the reasons why we want this bike to set you apart.

If the bike can keep up and has ample space to move, then zipping past traffic becomes an afterthought. “Because then you won’t think about the traffic. You want to give people that freedom.”