Why are eMTB not accepted by mountain bikers? Nonmotorized access laws were instituted to limit trail access for gas-powered motorcycles, quads/four-wheelers, and other off-road vehicles that are noisy and damage trails. 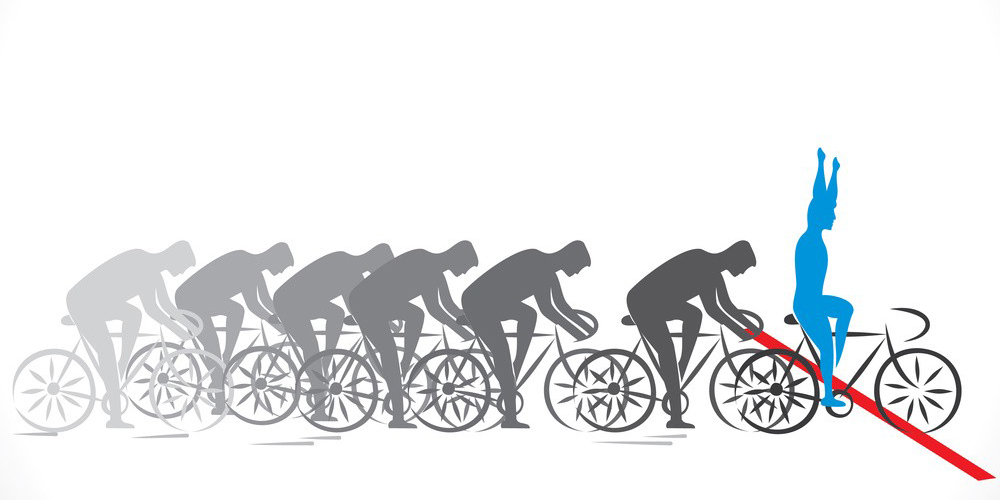 Other levels of access exist for such human-powered activities as hiking, trail running, mountain biking, and, in some regions, horses. These distinctions were clear and well-defined for years, until the recent introduction of a class of mountain bike that seems to blur the lines.

That new segment is electric mountain bikes, or eMTBs. Such bikes have an electric-assist motor, but one that is activated only under human power, not like a throttle on a traditional motorized vehicle.

Traditional mountain bikers are fighting with eMTB riders about trail access and the definition of a motorized vehicle. Hikers, trail runners, and horse lovers are watching what is essentially a spat between step-siblings.

This division is just what other groups could exploit and say, “These two groups that have more in common than not can’t agree on their own bikes. So until they figure it out, why even allow them on the trails?” Such results would hurt access for all MTB riders.

As e-bikes gain a foothold and federal agencies consider policies. Thus a debate reminiscent of the one that preceded opening access for mountain bikers is playing out right now

Are mountain bikers still not accepting  eMTB have evolved?

eBikes came on the scene in the late 1990’s as city bikes with strange designs. They were kooky and had little crossover to traditional bikes. Some riders probably still perceive these new highly capable eBikes as related to those initial bastards, or even worse, lump them in with those loud, blue-smoke-emitting, two-stroke mopeds that have sped around city streets in the past.

The new generation of eBikes are bikes – not mopeds or self-propelled electric mini-motorcycles. Their geometry and most of their components are identical. Mine looks like a mountain bike except that there is a battery on the downtube where a water bottle holder would typically be mounted.

Here are the idealistic notions that some traditional mountain bikers are holding to:

E-bikes are cheating. This isn’t a race, unless we are actually talking about a race. Seriously, who are they cheating? If someone uses a vehicle shuttle to a peak for a downhill or even to access a trailhead, couldn’t that also be considered cheating?

It’s illegal. To the letter of the law, you are right, on some trails. I am questioning the spirit of the law. I will be glad to have the “legal” conversation with anyone who has never gone over the speed limit, come to an incomplete stop at a stop sign, driven after having one too many, smoked something before it was legal, taken more than one when it was “one per customer,” etc. etc. Plus, laws change.

Because they are heavier, eMTBs will do more damage to the trails. Is there a weight limit on trails? If someone weighs 220 lb and rides a 30lb bike, Isn’t that doing more damage than someone else being 180 and riding a 50lb e-bike?

If someone is going to ride 20 mi, which is better: riding the same trail four times at 5 mi each, or doing one long 20-mi ride and not repeating the same trail? *IMBA study on the environmental damage to trails, HERE. 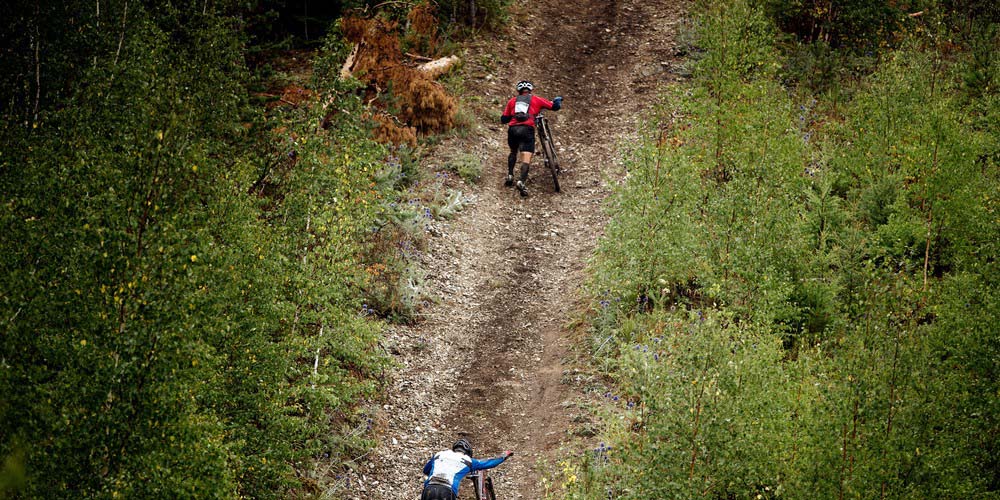 E-biking is not exercise.

Some people ride to just ride. They are out for different reasons or may not have time for a 3- or 4-hr ride.

E-bikes are too powerful.

This I can agree with. There is a valid concern that a 625Wh battery and a 85Nm motor can be too much, but rarely do most riders get out of the lowest two power levels when actually on the trails. Whenever I have used the highest levels of the assist, it is not on the trails but on the roads to access the trails.

And this point can be combined with the next one: power does not equate to speed. Some cars have 100 hp and others have 700 hp, and they coexist on the roads just fine. It comes down to the operator.

E-bikes are too fast.

I am nowhere near as fast as a high-level racer on a trail or even someone looking to beat their best Strava time. Many downhill trails easily see speeds exceeding 25 mph; eMTBs have a max assist of 20 mph. I have followed Strava times, and the average eMTB rider is not close to the top riders.

Just stop it. Their riders have poor etiquette and are inexperienced. Most eMTB riders I have run into are actually experienced riders who are aware of proper trail etiquette. They are no less polite and are actually more aware of their surroundings; they give the right of way because they know they can restart easier. As far as inexperienced riders, I have seen more on traditional bikes in the past few months than on e-bikes. Riders in general just need more education.

They change trail flow. Actually they can help trail flow. Instead of someone stopping on the trail in front of another rider and impeding their momentum, the eMTB rider can actually keep the flow going.

You have to “earn” your way to better trail access. Ah, the hazing mentality that some riders cling to …“I had to bust my ass to get on tougher trails, so you do, too.”

People will be riding more and the trails will be more crowded. Isn’t getting people off the couch and out in nature a good thing? Because of Covid 19, right now there are simply more people on the trails. This has nothing to do with eMTBs — they are just an easy target.

We should be united, not divided into subsegments. As I mentioned earlier, when talking to eMTB riders, almost every one of them was a long-time mountain biker; many had shed their own sweat and blood (and/or money) in order to build to the trails that they were riding.

All understood trail etiquette, and unless you noticed the oversized down tube or bulbous bottom bracket, you would never know their bikes had a motor. Electric MTBs are mountain bikes, and no matter why people ride them, their goals are the same as those who prefer a traditional drivetrain.

Are eMTB just ignorant to their appeal?

I have to admit that if I were completely healthy, eBikes would not appeal to me. Riding up trails unaided is one of the greatest feelings in the world. I’ve stood on many mountaintops, simultaneously tired and full of energy, after pushing my lungs to their limit on a long, technical climb. But, after a personal paradigm shift, these bikes don’t seem so strange.

There is no way I’ll convince the outspoken that they should hop on an eMTB, but I was forced to, and now I can see why sales are taking off. Still, my short rides near home aren’t a good enough test. Once I take my new eMTB out on some real singletrack and I’ll see how it compares to my regular mountain bike. My expectations are high.

Do eMTB deserve the right to use our public trails?

This appears to be one of the top reasons for shunning eBikes. One comment I recently read on an eBike related article says, “If you can’t get up the hill under your own power, pick a different sport.” Clearly some vocal critics think of eMTB riders as weak and not “real” mountain bikers. I have always been a fan of earning the right to the downhill by conquering the ascent.

Back when I was a younger, this meant riding up logging roads or trails for as much as 4,000 vertical feet with the dangled carrot being miles of twisty downhill singletrack. We climbed so much that the only riders who could keep up with us on the uphill were experienced racers.

Even though my abilities have changed with age and illness, my desires haven’t. On forums I have heard mountain bikers call eBike riders “wimps” and while I might not be able to ride like I used to, those are fightin words – should we take this outside?

Are eBikes just too much technology in the woods?

I have seen this mentioned in forums and I have to call bullshit. Handlebar-mounted bike computers have been commonplace for probably 25 years and they are quite sophisticated now. Mobile phones and/or Spot-type satellite devices (for deeper wilderness adventures) are the standard these days as a safety precaution. Like it or not, people also use their phones for scenic photos, action shots, videos, and selfies along the trails. Also, mobile apps track speed, elevation, and location data so riders can create maps and charts at home.

Then there is technology in the bikes themselves. From the motorcycle-inspired hydraulic disk brake systems to computerized auto-adjusting suspension systems to wireless shifters, technology defined modern mountain bikes . There is hardly any audible sound with eBikes so it can’t be that they are a sonic disturbance. The technology argument is just another excuse to avoid sharing trails.

Do you support or reject eMTBs?

Please share your reasons for supporting or rejecting the use of eMTBs on our National Forest, BLM, and other public mountain bike trails.