what exactly is electric bike torque? 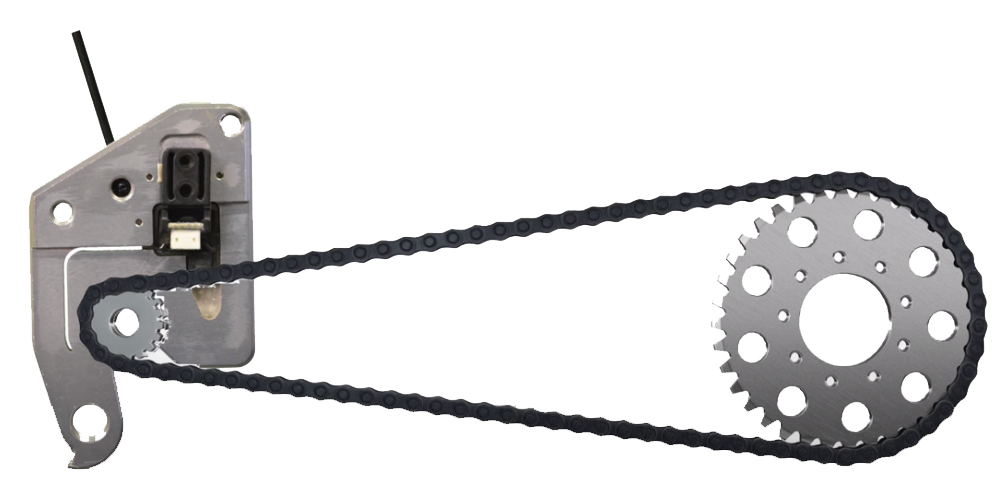 What is Electric Bike Torque?

Electric Bike Torque is the turning force at the wheels of an electric bike, and it mainly allows an eBike to accelerate. Torque is the product of force and distance. Force is produced when the rider pedals and distance is the length of the crank arm.

For example, if you weigh 180 Pounds and stand up on your bike pedal, which is typically 7 inches long, you would have a torque of 1,260 Inch Pounds.

This example calculates electric bike torque when the eBike motor is turned off.

What Does Electric Bike Torque Allow An eBike To Do?

Torque has a direct impact on the overall performance of your electric bike. For example, it prevents the motor from stalling and the electric bike from coming to a halt.

Having a lot of electric bike torque means that you can travel up steeper inclines much easier. Moreover, if needed, you will have to do a lot less pedaling as well.

Most electric bikes that use high torque motors are electric mountain bikes and e-bikes for uphill riding.

Sometimes, just getting your electric bike moving is difficult if you are carrying a heavy load. This is especially true if you have chosen to exceed your manufacturer’s weight load limit specifications. (Which we do not recommend)

If your electric bike can output increased torque, it may be possible to get an overloaded eBike moving. However, the most challenging part of moving a heavy electric bike is initially getting it moving.

Having a motor capable of delivering that strong rotational force you need is the difference between a stalled electric bike and an eBike miles down the road.

How Important Is Torque On An Ebike?

As a general rule, torque is significantly important on an electric bike. This is because an electric bike cannot perform well without appropriate torque. In addition, higher torque allows eBikes to move forward on slopes and climb increasingly higher inclines.

E-bike torque plays a vital role in the world of electric bikes, especially if you’re into uphill biking. Therefore, you should pay attention to the amount of torque that your e-bike’s motor offers when deciding on buying an e-bike.

How Much Torque Does An Electric Bike Have?

In electric bikes, torque is the turning force of an e-bike’s motor. Remember, the eBike motor is one of the components responsible for producing the pedal-assist functionality of electric bikes.

Technically, the torque of electric bikes depends on the type of motor used. Some e-bike motors offer 50-newton meters of torque, while others offer up to 120 newton-meters torque.

How Much Torque Does An Electric Bike Need?

The amount of torque an electric bike delivers varies from eBike to eBike. For example, suppose you are looking for the ideal electric bike for climbing challenging steep hills. In that case, an electric bike with a torque of 70-newton meters or above is suitable for you.

A lower-powered electric bike is not the best choice in cases where you need to climb steeply inclined slopes. It is more suited for flat terrains. If you mainly do city riding where climbing hills is unnecessary, you would not require as much torque on your electric bike.

To put it simply, if you’re riding in an area where hills are everywhere, you probably need an electric bike with high torque.

Why? Because you wouldn’t want your electric bike to stop in the middle of a hill and roll backward because your motor did not have enough turning force to move forward.

In that case, you won’t be able to continue your ride up the hill without pedaling.

“The more torque I can come up with, the better.”

How Do You Increase Ebike Torque? 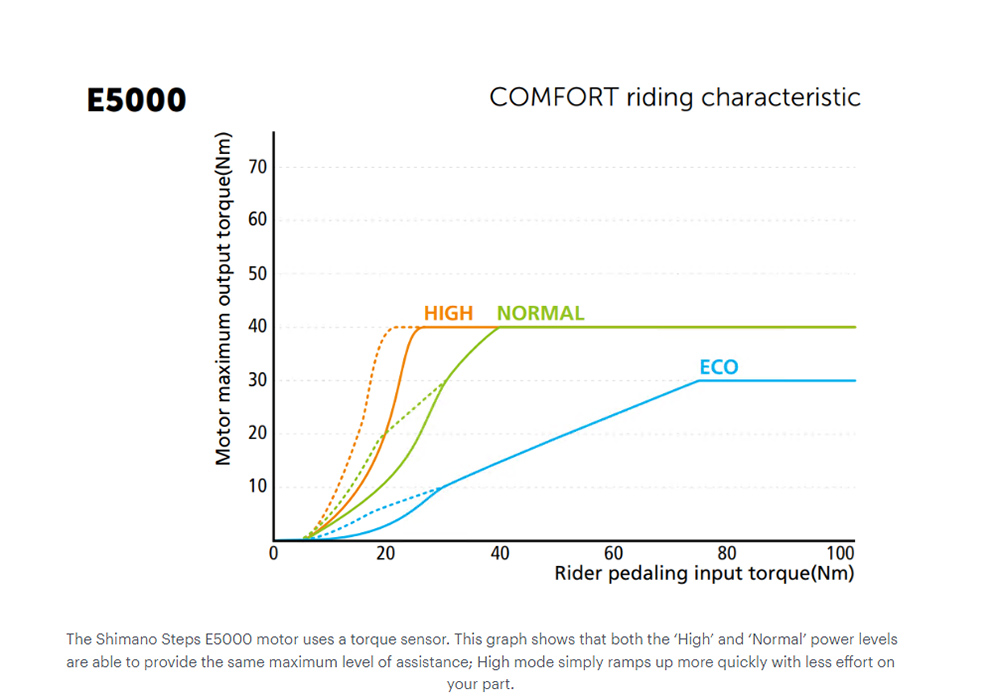 As a whole, electric bike torque can be increased by overvolting the motor and switching to a higher voltage battery that ranges from 36- 52V. However, there are specific wattage motors where increasing an eBike Torque is impossible.

Switching to a higher voltage battery can increase torque.

If you have a low-watt motor such as a 250 Watt motor, you cannot do much to increase the torque. However, e-bikes with a higher watt motor can be paired with larger batteries, which can give your bike incredible climbing power.

However, replacing your existing battery with a new battery is costly. Thus, if you’re worried about spending too much, this is not the best option for you.

Suppose you have a hub motor electric bike. You can increase the torque by increasing the amp, which is possible by getting a new controller. On the other hand, if you have a mid-drive motor, you can improve your torque by changing your gearing.

An electric bike motor is one of the most costly components to replace or enhance. Therefore, before buying an electric bike, it is always best to look at the e-bike motor and battery performance. Also, make sure you know what you are buying.

How Is Ebike Torque Calculated?

As a general rule, eBike Torque is calculated by multiplying force by distance. A custom dynamometer for your electric bike can give you an average calculation of torque throughout your ride.

It is not easy to calculate torque on your own. However, some manufacturers provide some pretty helpful torque graphs. The manufacturers of your e-bike motor will usually provide a manual of your motor specifications with the torque information listed.

In addition, there are performance charts available for different motors that share valuable information. You can use this information to compare and contrast different electric bikes and their associated torques.

Watt is the energy required to complete a task at a specific pace, whereas torque is linked to acceleration.

Watts, or motor power, refers to the work delivered at a specific time. Motor power and e-bike torque are interconnected.

As mentioned above, power is the product of the motor’s torque and rotational speed (RPM). These pieces of information are found in the e-bike motor specifications.

With that being said, suppose you have two different e-bikes with motors having the same rotational speed but with different torques— 50-newton meters and 70-newton meters.

Just like torque, every e-bike has different power levels that determine the electric bike’s climbing abilities. For example, suppose you have two e-bikes with 700W and 500W power, respectively.

The e-bike with 700W power can climb much higher slopes when compared to the 500W e-bike.

The average electric bike has 250W of motor power, ideal for riding on flat terrain. Therefore, when selecting an e-bike, it is essential to keep both torque and watts in mind to make sure you are buying an electric bike to fit your needs.

eBike Torque VS. Speed
As a general rule, eBike Torque measures rotational force while speed measures distance traveled over time. You will accelerate and reach higher speeds faster with increased electric bike torque. As you attain higher speeds, your e-bike torque will diminish. eBike Torque and speed are inversely proportional.

Electric bike torque plays a massive role in acceleration. The more significant your torque, the more acceleration your electric bike can achieve. This is especially true when you are starting from a complete stop.

As your electric bike increases in speed, your torque will continuously decline. As a result, the rotational force of your e-bike will be at its lowest value when you reach the max speed of your ride.

When traveling at relatively higher speeds, having increased torque starts to matter less and less. However, having a high level of eBike Torque is most important when getting your electric bike moving from a complete stop or when climbing an inclined slope.