Why your E-bike got fires? An electric bike can be a game-changer, taking the sweat out of cycling and reducing reliance on your car. However, although accidents are rare, and shouldn’t put you off investing in an e-bike, the large lithium battery attached to its frame is a potential fire hazard if not treated with care.

Lithium batteries have a lot of advantages that make them ideal for e-bikes. They can be charged and discharged hundreds of times, they’re relatively lightweight and compact, and they contain lower levels of toxic heavy metals than many other types of batteries. Unfortunately, they can also be very flammable.

Around the world, the use of electrical bicycles – also known as e-bikes – has grown at an impressive pace during the last decade. With double digit annual growth rates in many markets. Currently, a wide range of e-bike models are available on the market, with some reaching speeds of 80 km/ h (50 mph).

E-bikes are particularly popular in China, which accounts for well over two-thirds of global sales. Other high profile e-bike markets include Germany, Japan, and the Netherlands. Conventional bicycles are popular in all of these nations, and consumers transitioned to e-bikes over time because of the benefits they offer.

The battery is the most important part of the bike, because it contains all the power that will drive the cyclist along. Lithium-ion batteries, similar to those used in laptop computers and mobile cell phones, are the first choice due to it’s light weight. The battery is mostly located in the luggage rack or low down on the frame. Today’s batteries give between 20 and 60 miles per charge and they can be fully charged within 2-4 hours. Charging is as simple as plugging into a normal wall outlet.

The batteries are often charged in or around homes and businesses.

Even though there is a small chance of spontaneous ignition of an e-bike lithium battery, it can happen. Hundreds of e-bike battery fires and explosions happen each year due to malfunctioning and aging batteries. It is unsure if or when a battery pack will explode, but when it does the damage is disastrous.

In a period of only 7 months, 3 fires broke out at the HQ and showroom of a Dutch E-bike company. It involved 36 bicycles and 80 batteries. In China, Statistics show that the recharging of electric bicycle batteries caused 799 fires between 2011 and 2013, causing the deaths of 95 people and injuring 58.

Find the root cause of these fires

Manufacturers of most modern batteries of these kinds ensure that they are automatically switched off at around 45-55 degrees Celsius. Experts also say that 99% of battery fires are caused because of short circuits leading to an uncontrolled current and the only scenario in which cells heat themselves up beyond 100 degrees Celsius, is this one – the short circuit. Now, for a lithium-ion battery to catch fire, you need to get to that few hundred degrees Celsius first. So the outside temperature doesn’t matter, short circuits happen because of poor cell quality, say experts, as well as shoddy battery design.

Meanwhile, most importantly, here are some tips for you on how to keep yourself safe if you’re using an electric vehicle. Use only original and authentic chargers for specific battery types. Keep batteries at room temperature and do not charge batteries within one hour after using them. It’s also advisable to let the batteries cool down for some time before you charge them as well. So use them, let it cool down before you charge it again.

But remember to keep that one-hour gap.

Guard your vehicle and batteries against extreme temperatures. The battery and the charger should be stored in a clean, dry and ventilated place. Avoid keeping batteries empty or completely full. Essentially, they should be kept at between 20-80%. Here’s hoping we get to the root cause of these fires very soon and that they’re able to stop them but until then, these are some basic tips to keep yourself safe.

Between New York City’s fire department (FDNY) issuing a warning about e-bike batteries and a Florida bike shop going up in flames after a battery was left unattended on a charger overnight, it’s been a worrisome week for e-bike owners. But don’t panic: Your e-bike is likely safe, but consider this a warning to check your e-bike battery charging and storage practices.

Because lithium ion batteries—commonly found in everything from cell phones and laptops, to e-bikes, scooters, and electric cars—can store a large amount of energy, improper care and keeping of the batteries can result in fires.

“If using a lithium-ion battery, follow the manufacturer’s instructions for charging and storage. Always use the manufacturer’s cord and power adapter made specifically for the device. If a battery overheats, discontinue use immediately,” the FDNY tweeted earlier this week. 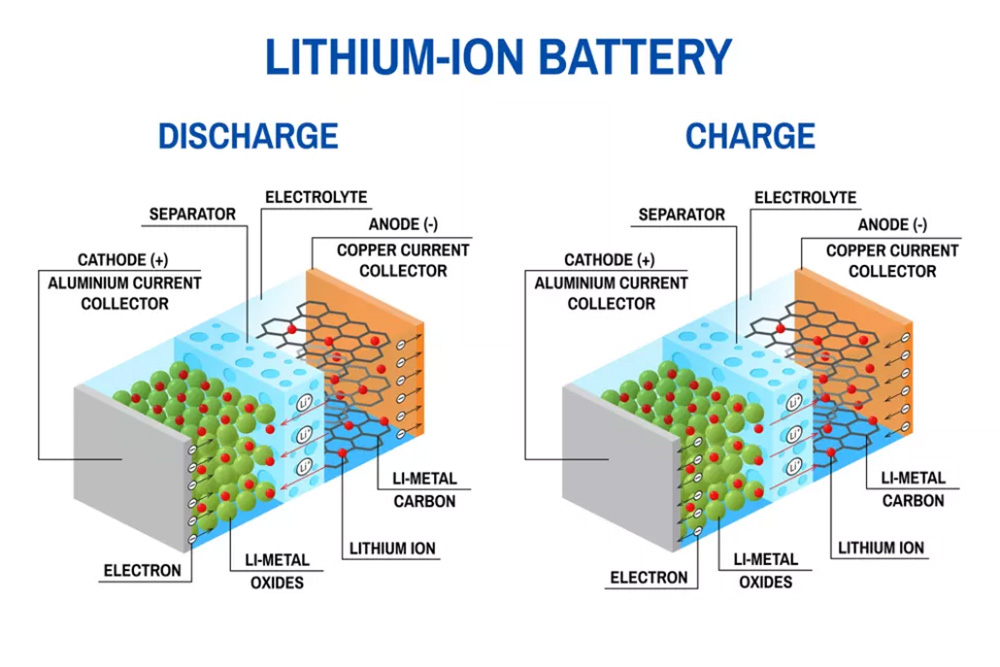 Why do e-bikes catch fire?

Lithium batteries like those used in e-bikes contain two electrodes, with an electrolyte fluid in between. As the battery is charged or drained, charged ions move from one electrode to the other.

The electrolyte fluid is highly combustible, which isn’t normally an issue, but if the battery is damaged or overheated, the liquid can ignite. Once one battery cell overheats, the adjacent ones follow (a process called thermal runaway) and the heat and pressure soon becomes too much to contain, resulting in an explosion.

How do you prevent charging incidents like this from happening to your e-bike?

Avoid aftermarket and off-brand or bargain batteries for your bike, first of all. Stick to the manufacturer’s specifications and recommendations. Furthermore, e-bike batteries that are charging should never be left unattended. If you’re charging your e-bike in the garage, set a timer to remind yourself to unplug it when it’s done, and if you’re leaving the house, unplug it and finish charging it when you return.

Bike shop owners should be just as careful. Unfortunately, earlier this month, Andante Bike Shop in Cutler Bay, Florida, learned this the hard way. The shop was destroyed on April 9 when a rebuilt battery was left on a charger overnight.

While a normal e-bike battery from a reputable brand shouldn’t set itself ablaze when left too long on the charger, a malfunctioning battery is a serious fire hazard. Inexpensive lithium-ion batteries also present a serious risk of malfunctioning. Regardless, it’s important to never leave any e-bike battery charging overnight or without supervision.

How to prevent e-bike fires

In addition to buying an e-bike from a reputable manufacturer that complies with the appropriate safety standards, there are also measures you should take to take care of your e-bike and avoid fires

The National Fire Protection Association has its own safety tip sheet on lithium-ion battery safety, which provides information on safe use of products powered by lithium-ion batteries, along with guidance on what to do if a lithium-ion fire occurs. It also offered the following specific guidance for e-bike owners:

What to do if a fire occurs

Pay attention to your e-bike’s battery, and you might be able to spot signs of danger before a fire happens. If there’s a strange smell, a change in shape, leaking, an odd noise, or it feels too hot, the NFPA advises moving it away from anything else that could catch fire, if possible, and call the fire service,

If a fire does happen, don’t try to tackle it yourself; lithium battery fires are particularly dangerous, as the battery casing can explode at high temperatures, putting you at risk of flying debris. Instead, evacuate the area immediately and call the emergency services. 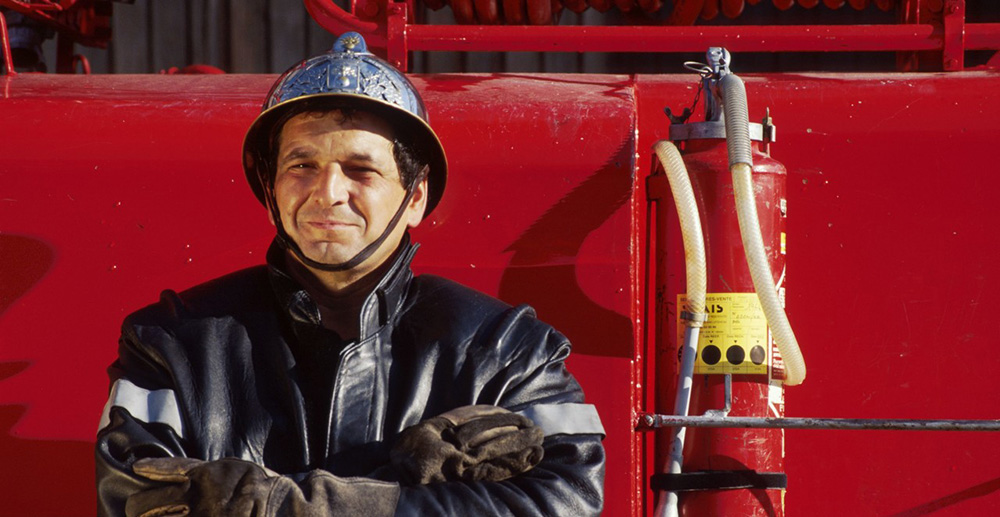 The risk of a fire is small if you take care to follow the safety guidance above, and it certainly shouldn’t put you off purchasing an e-bike, but if it does happen, it’s a job for the professionals.